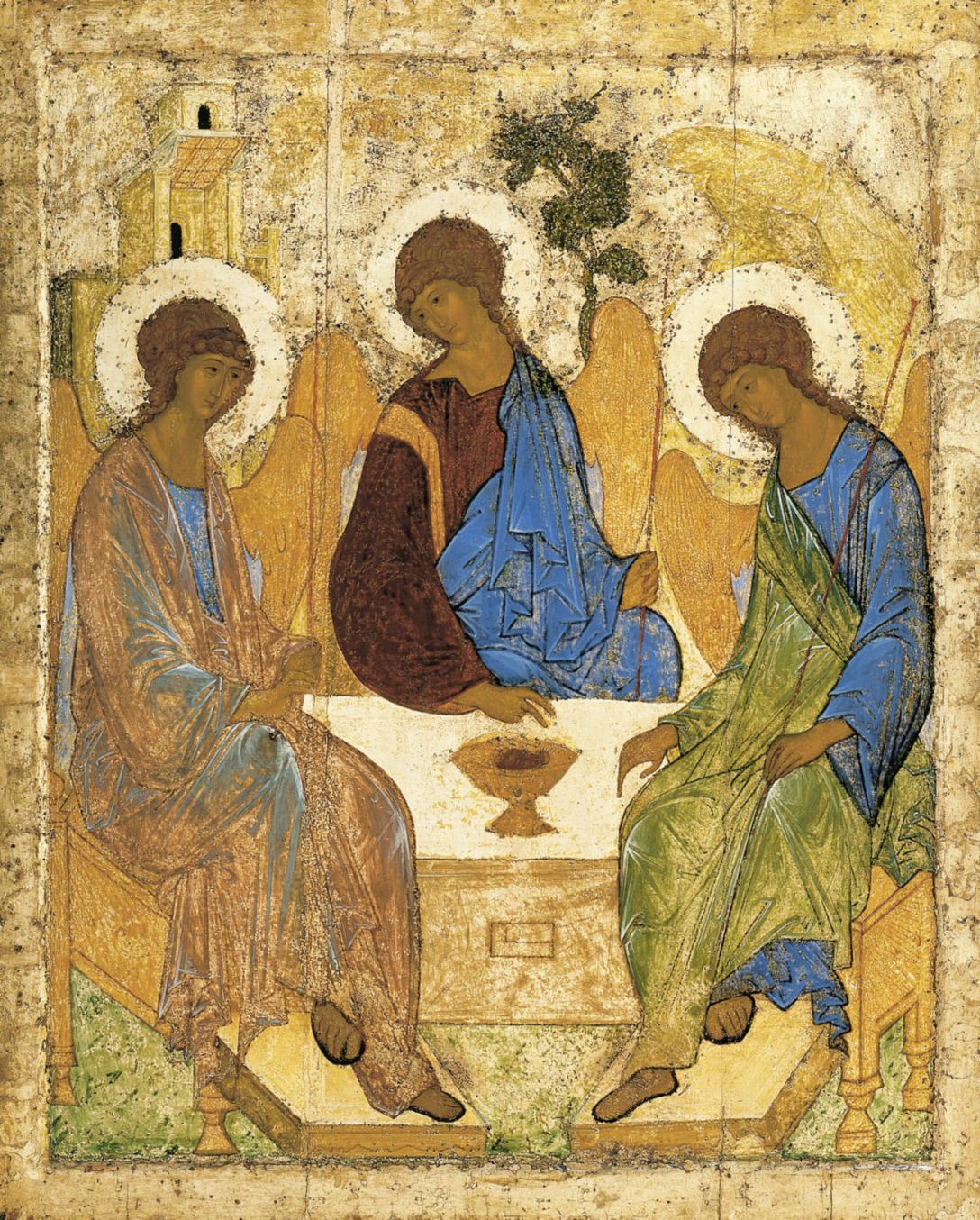 When I was teaching catechism to third graders years ago, it just so happened that I ended up doing and using a ton of art to teach within the classroom. There was something about the deep yearning of these kids’ brains about the faith yet their language capacity wasn’t quite there yet to explore these depths, and so it became a lot more productive to create an image of our ideas instead of trying to speak them using words. The art the kids did in class was intensely profound, and produced once-latent talents for the delight of all – one girl who could hardly even write her name and yet was the most exquisite, perfect artist – such unreal lines and overflowing complexity with images of her imagination yet letters and words proved a rocky challenge not yet conquered. Sometimes the greatest little orators who prided themselves on their love of math could hardly even draw a straight line. That’s like the paradox of a doctor’s handwriting! Amazing brain, terrible penmanship. Such a curious spectrum of abilities fascinated me in the students, as did the fact that both boys and girls enjoyed creating alike. Once everyone was reminded of their innate human ability to create, art and the visual language became universal and unencumbered in its expression of God.

Third grade and under – even sixth grade and under – is the age group that has not yet come into crippling self-consciousness about expressing themselves artistically, and will usually be so happy to do whatever drawing, painting, creating activity you might have for them that allows them to contemplate deep questions about God whilst also answering in their own unique ways. Then you get to display the ideas out for viewing, for keepsakes, for sharing with their classroom community – and what a remarkable collection of genuine spiritual inquiry that becomes. Talk about a classroom discussion.

One who does not think of themselves as creative might scoff at such an insistence at using art in the catechism classroom – that it’s maybe some moony hippie thing? Like what is “art in the classroom?” Is it like making paper mâché lambs for Easter or nothing but cut + color? One need not fear this is the case but instead remember how the majority of Christian laity came to be catechized through the use of art that was displayed in churches. Before one gets carried away by the idea of making paper mâché lambs (though this could really come in handy one day if you wanted to make your own piñatas – just saying), one must further remember that the Church went through such great lengths to procure the finest artists of the day to depict the deepest spiritual mysteries of our faith. Ultimately one must recall that an image of an idea need not be lesser than an idea represented by words. Words after all, are merely symbols used to point towards a greater reality. Art, using images, is simply another kind of symbol that seeks to achieve the very same goal.

Furthermore, I dare you to try and interpret things like Ezekiel’s visions without any sense of poetic imagery, as how else do you make meaning out of things like mythical beasts with four faces and lots of eyeballs in wings going on and a whole cavalcade of bizarre things that are extensions or imaginations of the natural things we see in the world around us.

We know a lion – but a lion with wings – as part of a creature with four faces? Yes one can and should take a detour into ancient art history for better understanding of this visual mystery but there is a whole other purpose of using art in our relationship with God that is often neglected to mention: The Activation of Our Imagination. 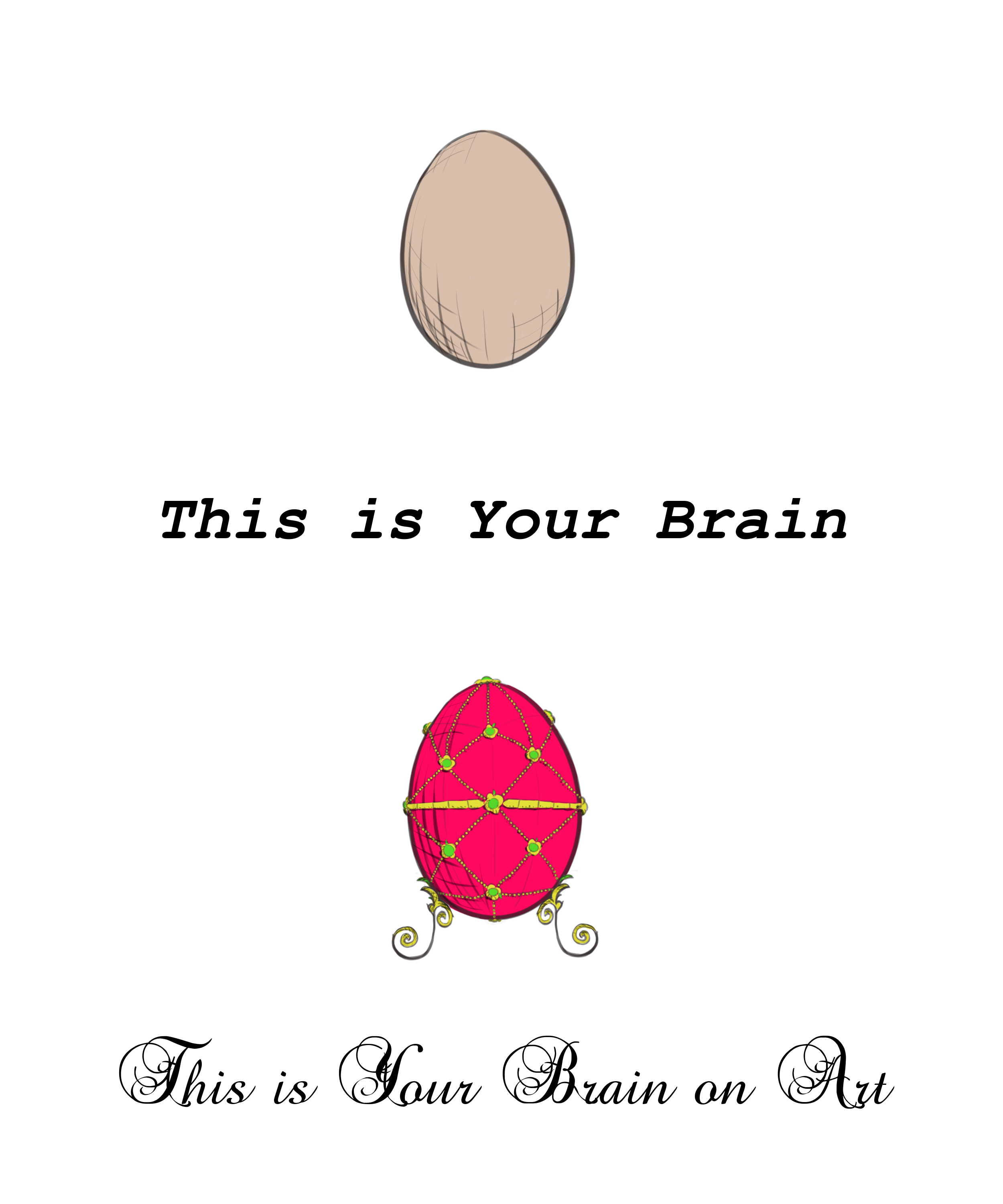 Such an activation of your mind is important partially because God loves to meet you beyond the limits of your imagination, but one must know the boundaries first. But moreso because our imagination is inevitably fed by the intake of art, and the image becomes a visual translation of a theological concept for us to explore. The ability for an artist to take an idea they see in their mind’s eye and reveal it to the naked eye of others is akin to a theologian writing down their ideas to share. Artists can be visual theologians and art made in response to God is a gift of spiritual nourishment that we can receive often whether or not we are adults or children. It is a holy experience when you can encounter a painting and can hear God ask you through the painting: “Do you see Me now?”

For those third grade students when it came time to explore one of the trickier theological concepts to teach that is the Trinity, rather than whipping out the 3-leaf clover or the hard-boiled egg or whatever else is the classic methodology these days, I thought it wise to simply show them a collection of classic art depicting the Trinity. Even included one wild card of an icon painting that was super popular in its day but later deemed heretical, so we could discuss why. I’ve rarely encountered a more elegant way to sneak some church history into the classroom.

The kids were pretty transfixed by this – and it does help to include a variety of images on the same idea, as all that aesthetic intake and contrast is like beautiful wildfire in the mind of a child. Kids offered up their own interpretations of the various pieces, chose favorites, rejected others, and in the end ultimately ended up creating their own visual version of the Trinity. Maybe it’s because once upon a time I was a research assistant for a graduate department in art therapy, and I spent hours reading clinical journals on psychological interpretations of art. The case studies were beyond fascinating and deeply insightful, like a group of boys who just spontaneously yet collectively started drawing cobras to represent their disdain for their newly-arrived leader. When the leader went away, so did the cobras. Being children they didn’t put the language of their souls into words, but instead spoke with art. As a catechist you can gift your kids the very same opportunity.

Here is the mini video collection of Trinity art that I made for my third grade class, which you are welcome to use with your own kids. May God give us all eyes to see and bless us all with holy sight:

View all posts by curatedcatechism